We Raise Hogs the Traditional Way!

We Believe in Quality

Historically in Missouri, hog production provided a healthy economic base for farm and rural economies when the animals were owned by large numbers of independent producers, who sold their hogs in competitive, open markets. Under this structure, hog production provided income to farm families, which in turn fueled local economies through such things as buying inputs locally, supporting small businesses on Main Street, and a diversified tax base to fund schools, roads, and public services.

In the past 30 years, the hog industry has changed radically, providing a prime example of who really benefits when an agricultural industry becomes consolidated and concentrated in the hands of a few corporations. Today, most of the hogs in the United States are owned or controlled by enormous factory farm corporations (over 70% of the hog market is controlled by 4 global meatpackers—Smithfield Foods, Tyson, JBS & Hormel). Smithfield is owned by China’s largest meatpacker and JBS, a Brazilian company, is the world’s largest meatpacker. The facts show that this type of corporate concentration in agriculture forces farmers to receive less and less of the consumer dollar, while driving up consumer prices at the grocery store.

As much as corporate ag supporters would like us to believe that the industrialization of meat production is inevitable, more efficient, and results in cheaper food, it simply isn’t true. Family farmers are still the most efficient producers of livestock, jobs, rural economic development, and a healthy environment.

A closer look—Since 1985, we’ve lost 84% of hog producers nationwide, and almost 91% of hog farmers in Missouri: 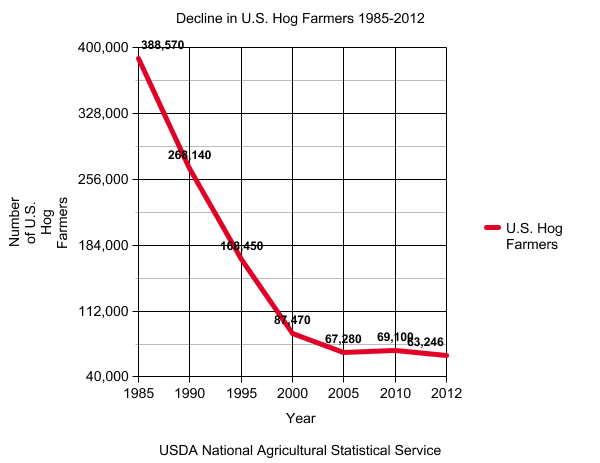 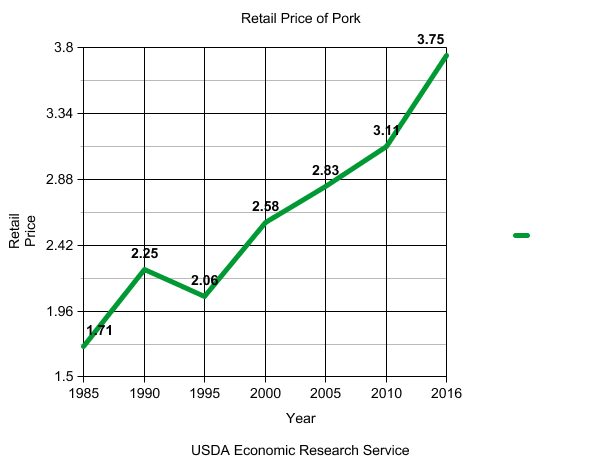 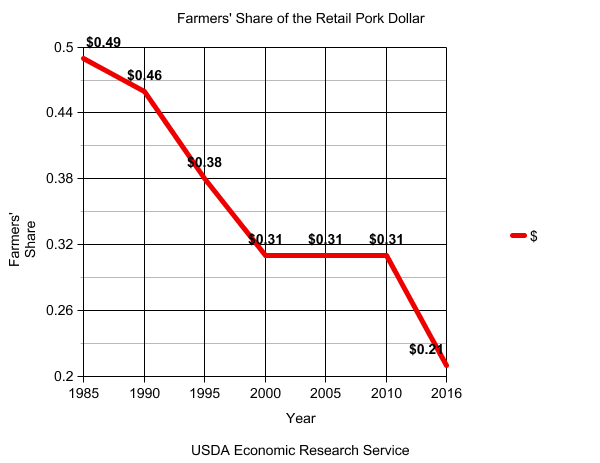 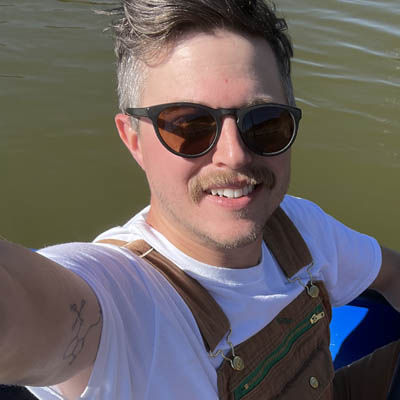 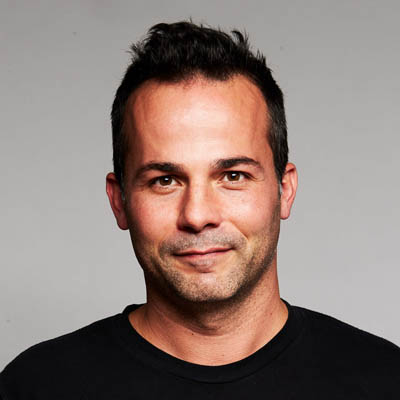 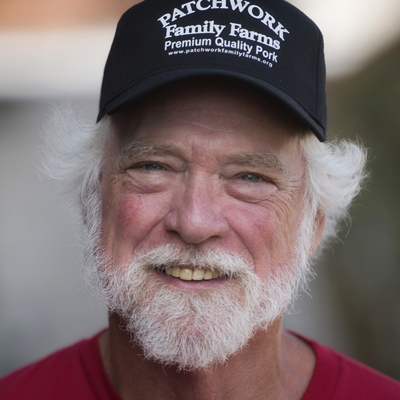 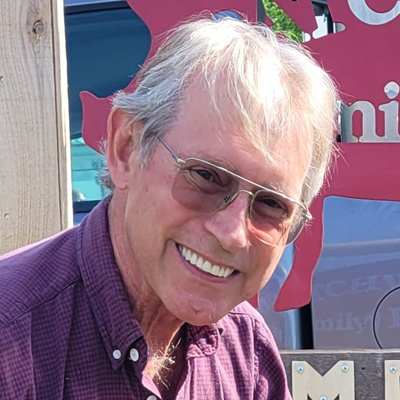 “We are so happy to buy local and support our Missouri Farmers. We appreciate our partnership with Patchwork Family Farms.”

“Supporting your local farmers is a huge part of building a strong and sustainable community, and we are very excited to be working with the folks at patchwork to do just that.”

“This was the first time I tasted your product and it was the best tasting ham I have ever tasted.”

Anna Meyer (in response to her Veterans United relief box)

“I like Patchwork Family Farms because they take care of their animals and make sure they have happy lives.”

“I am so thankful for eating delicious food produced from local places.”

“Patchwork makes buying local meat easy, affordable, and consistent. The staff is so friendly, understanding, and flexible. I’m a busy chef with a small catering company and often call with last-minute orders and I’m always greeted with kindness and flexibility. The product is exceptional and consistently meets my high-quality standards.”